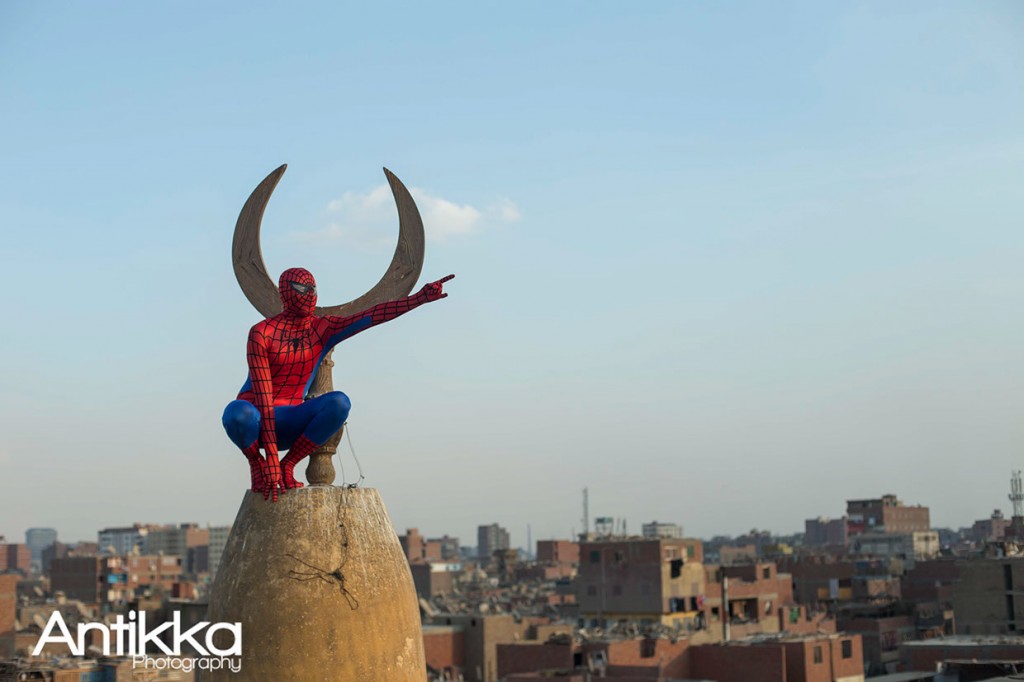 Atef Saad is a 21-year-old chef at an Italian restaurant in Cairo. Last week, however, he swapped his usual chef’s whites for a Spider-Man costume, and set out to roam the streets of Cairo, posing for a photography project by his 20-year-old friend, Hossam Atef.

In a bid to “highlight the everyday difficulties Egyptians face”, but “in a funny way”, Atef photographed his pal-cum-arachnid-superhero in various everyday(ish) scenes: fag in mouth, hanging a pair of boxers on a laundry line; dangling from a pole on the overcrowded metro; running for a bus as it pulls away; squatting on top of a taxi as it crosses a bridge over the Nile; praying in a mosque and smoking shisha on a rooftop.

“I thought that no one can handle our lifestyle, even superheroes”, explains Atef. Last year, Cairo was ranked 122 out of 140 cities worldwide for its liveability, measured in terms of stability, healthcare, culture and environment, education and infrastructure.

“Cairo is an overpopulated city, the traffic and public transportation are crazy, either at rush hour or not … with all the power blackouts and other stuff, I find it difficult to live … but we still do, which makes Egyptians superheroes”, says Atef.

Reactions were mixed. In one neighbourhood, ecstatic children clung to Saad and asked him to “fly, just like the movie”, while older residents offered them drinks, assuming that they had been sent there by Egypt’s president, Abdel Fatah al-Sisi.

The pair have also come to the attention of the police. “An officer would come every once in a while asking for our IDs and stuff,” explains Atef, “but they like the idea we’re doing and just let us go.”

He says choosing which superhero to dress up as was a simple decision: “The outfit was cheaper than Superman and Batman.”

Originally, Atef – who came to the attention of Egyptian and international media earlier this year, after a selfie he took with a particularly smiley-looking camel spawned an online meme – hadn’t planned to continue this project beyond the initial round of snaps. But, after a positive response, he predicts that Cairo’s residents will be seeing a lot more of his friend, the chef dressed in red Lycra. 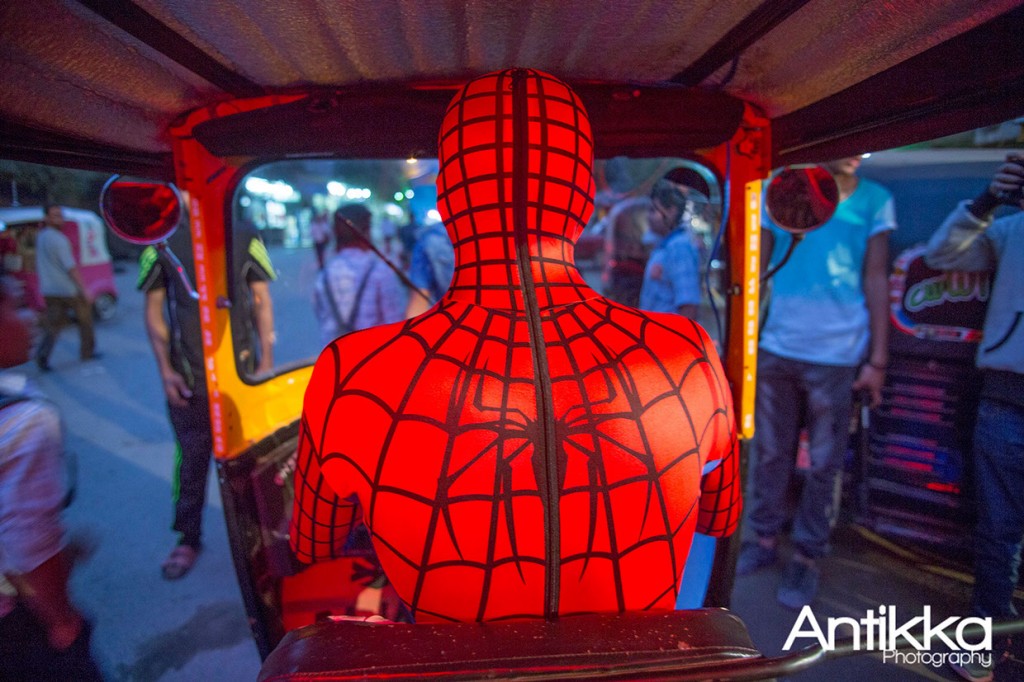 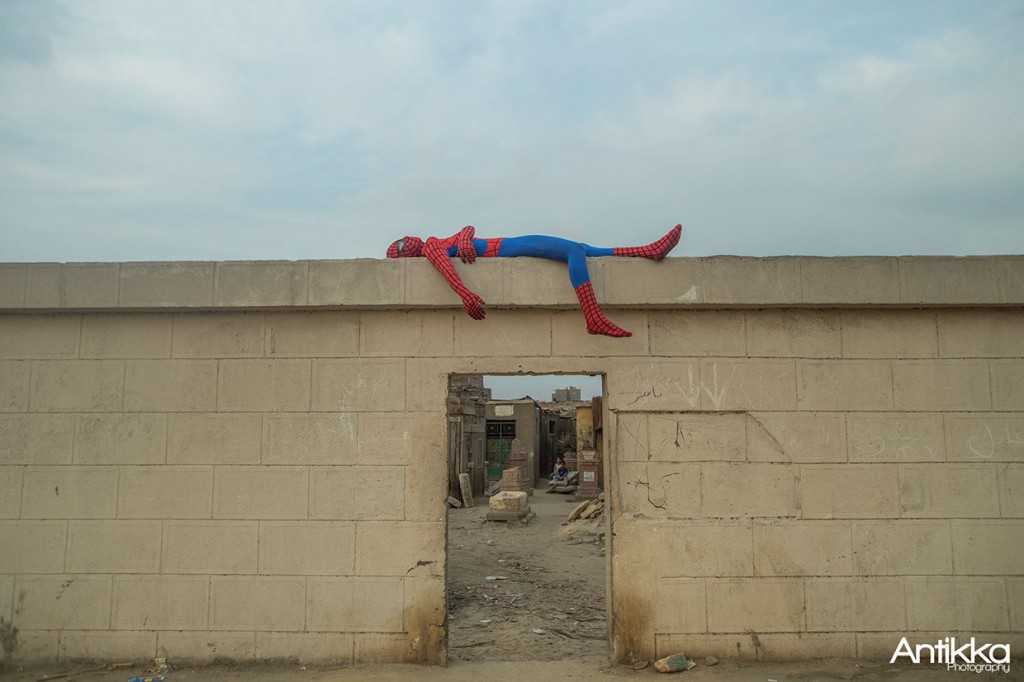 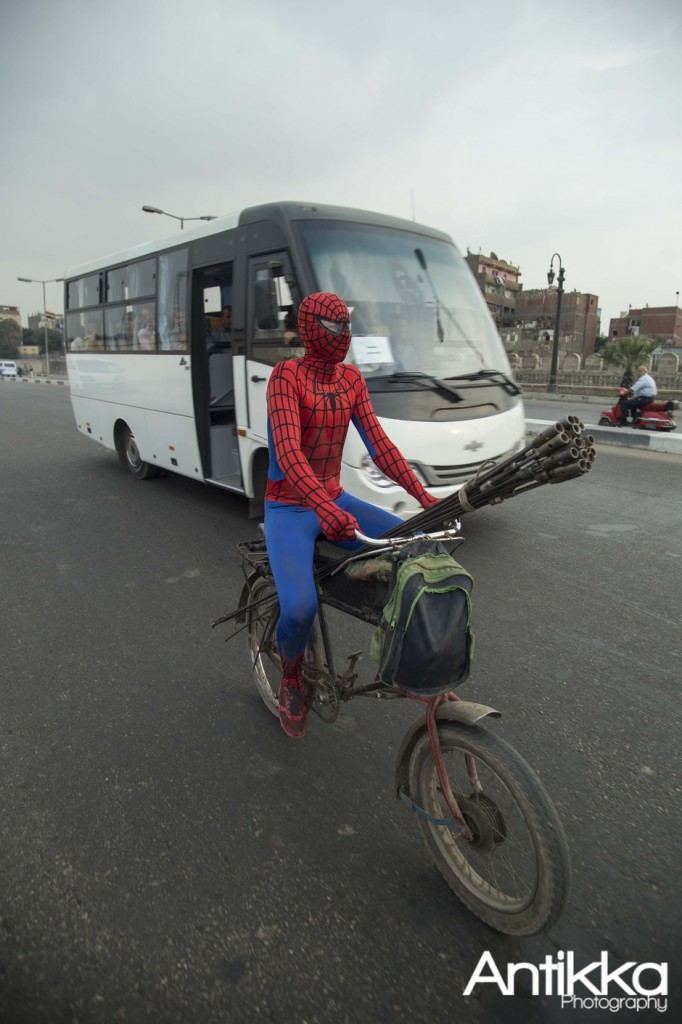 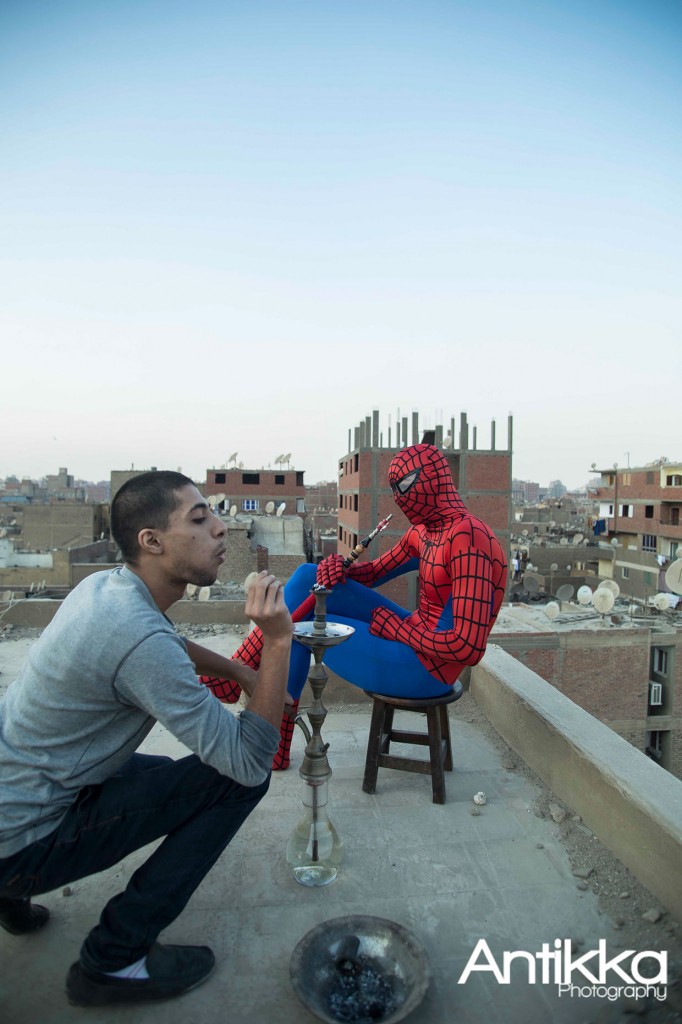 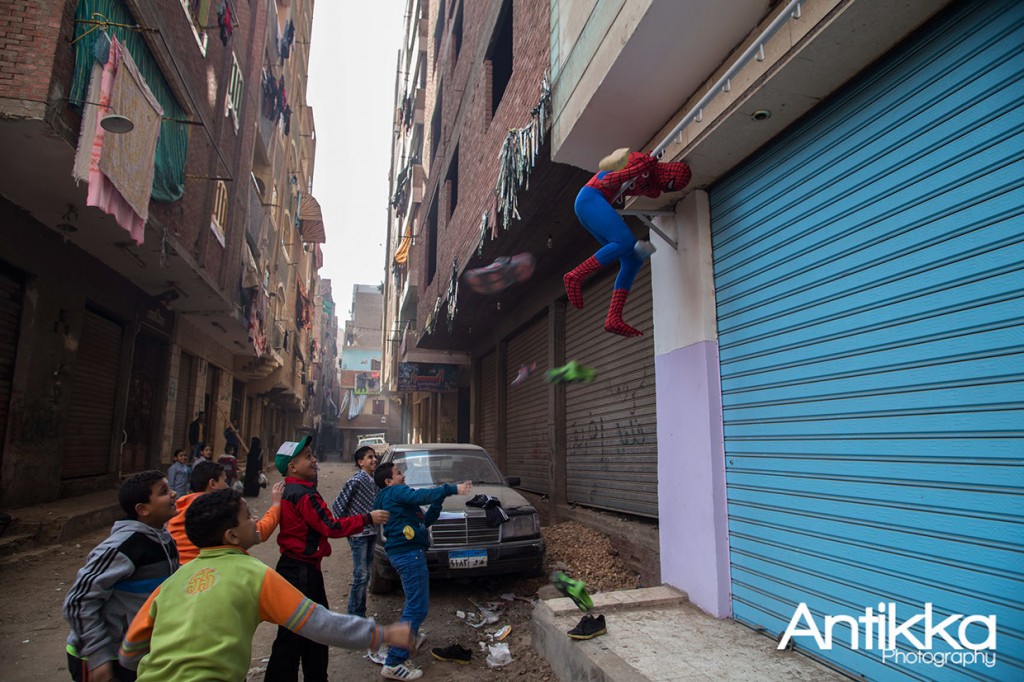 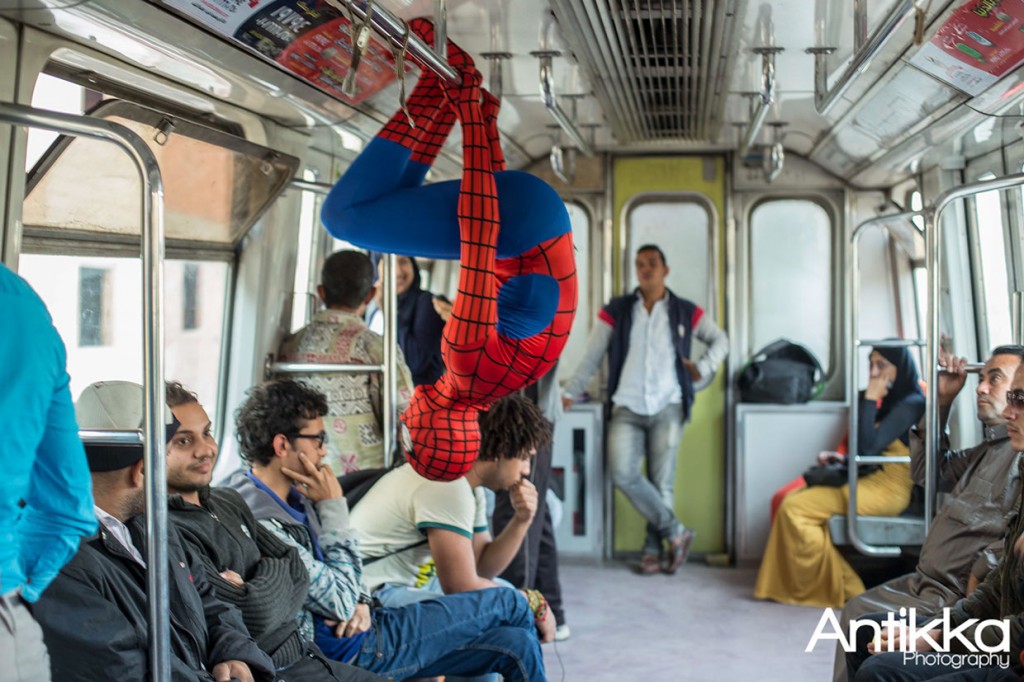 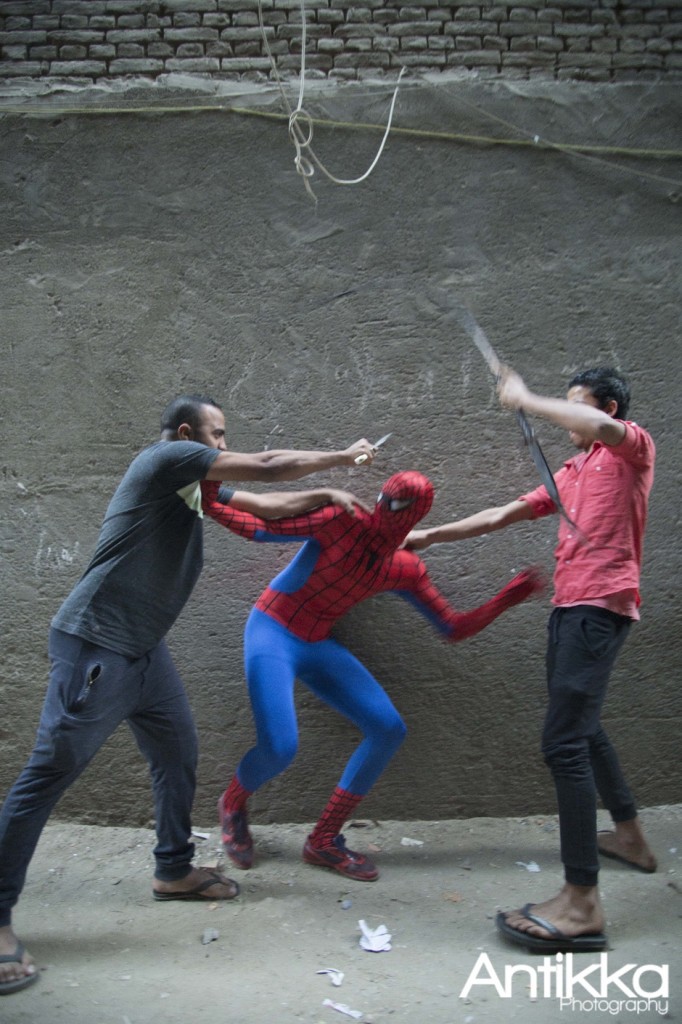 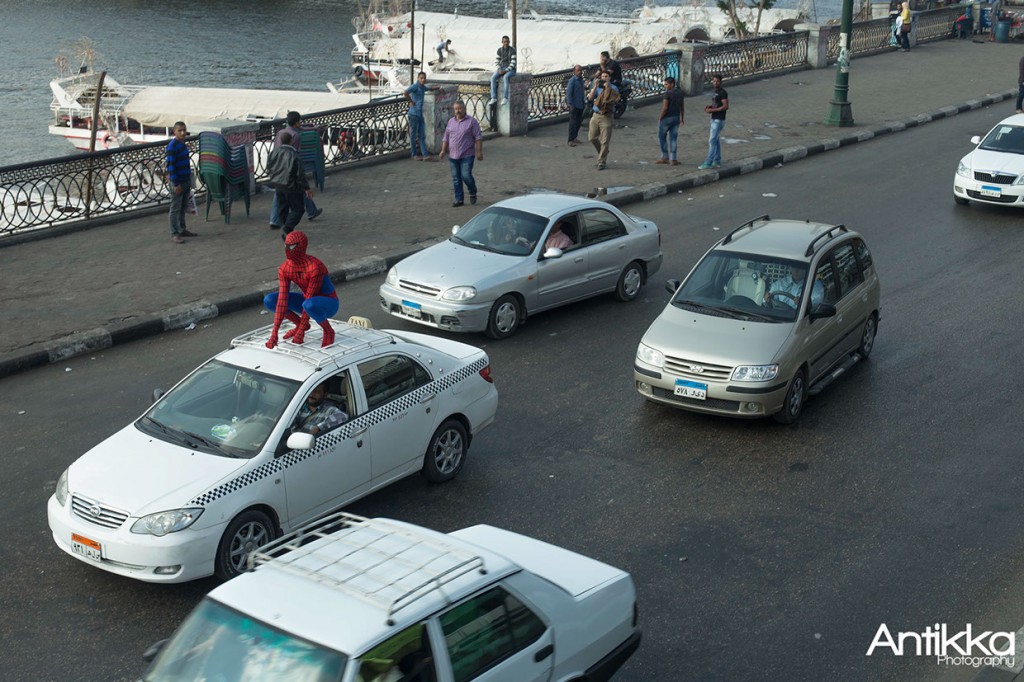