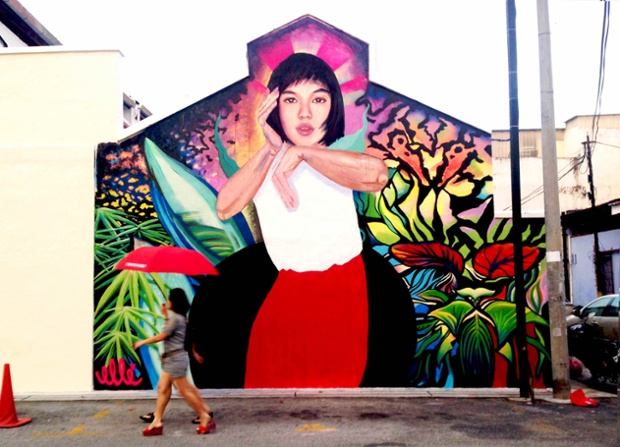 If there is a gender disparity in the art world, it is all the more acute in street art. While some claim the physical danger of working outdoors makes women reluctant to participate, artists like Swoon, Vexta, ELLE and Maya Hayuk have battled through, undeterred by discrimination both on the street and in galleries.

New York-based ELLE sums it up. “I understand the deterrents – potential jail time, the humiliation of community service, destruction of property (or beautification, depending on your view), late nights, dark places, high climbs. All of this reminds me of that Always commercial, Like a Girl, where all of the girls and boys run exactly the same until about age 12, then take the meaning of running ‘like a girl’ to mean flailing hands and legs and skipping and not sincerely running hard and kicking ass.”

ELLE’s early experience of street art began as an ambition to go as hard as her male peers. She set about “getting up” around New York, spraying, tagging and sticking her name on as much of the city as she could get away with. Titled Unextinguished, ELLE’s Brooklyn show in 2014 with New York photography legend Martha Cooper – author of graffiti bible Subway Art – was the culmination of a kickback against years of seeing the streets daubed with the names of male taggers. She set out to make work as feminine as her nom de plume, her artwork often including images of powerful warrior women, characters she feels protect her on the streets.

Maturing as an artist, she feels it has become her duty to provide positive female representation in the arts. “I believe the reason more women aren’t street artists is because society implies that certain things are just for men. As I became more aware of this, it became a motive for me to be a role model for younger women.”

Australian artist Vexta’s work explores a dream world of neon shards, examining our relationship to ourselves, ideas about evolution, the mysterious interconnectedness of all living things and the atomic particles that hold it all together. Her work is also galvanised by the idea of inspiring younger generations: “Some young girl might see a painting or something that I’ve done and realize that she can do that as well. That’s a real tangible impact.”

Vexta makes a clear distinction between the worlds of “graffiti” and “street art”, the former being more inclined to posturing machismo and confrontation, or “beef”, between individual artists and crews. Negating this bubble of testosterone-laden bravado and steering away from the hypersexualised imagery present in many pictorial representations of women in the work of artists such as Sofles, Vexta found herself gravitating towards a strongly feminine form in her paintings, portraying graceful female figures, often in flight or suspended mid-air.

“I wanted to do something different, I wanted to make something that was what I wanted to see on the streets, that wasn’t just a caricature of a woman. All you would see was that and advertising. Once I had people’s attention, then I found I could start making work about what I thought was interesting and had a different perspective and then gain more ground with that.”

She says that women’s work is still often marginalised. “Often you’re doing a project and there’ll be the inclusion of one girl. Or people go to the other extreme and make it all girls. There’s no middle ground, which to me highlights the inequality. Your work, whether it’s about femininity or not, is always considered through that perspective, which is a valid perspective, but at male street artists’ work isn’t constantly seen as an expression of their masculinity.”

This inequality becomes even more evident once financial factors come into play.Maya Hayuk recalls leaving art school and watching the men, who were in the minority in her class, all go on to get jobs as illustrators and fine artists, whereas many talented women were ignored.

Initially painting anonymously on the streets of San Francisco, Hayuk found unsolicited fame through the Barnstormers collective when she relocated to New York, achieving the ultimate honour of painting the much-coveted Bowery Wall. Painting bold, interweaving geometrical images, Hayuk’s work harks back to a simpler world of traditional arts and crafts, made contemporary with her striking colour schemes. However, she finds the modern classifications of artists contentious. “To put an adjective in front of the word ‘artist’ already feels like you’re marginalising it, so I don’t even identify as a ‘street’ artist, because I’ve been painting outdoors for way longer than the term ‘street artist’ was even coined.”

For Hayuk, art is an organic process that differs from what she describes as the male artists’ urge to “scent mark” their territory with ego-driven tags and self-promotion. “Graffiti very much represents that in a way. This is a mass generalisation, but maybe women didn’t feel like spraying their seed all over stuff.”

Both Maya and Daytona-born artist Caledonia Curry, aka Swoon, concur on the premise that women are largely tokenised in their field. Swoon’s initial excitement at being included in a group art show at Moma, NY, was deflated by her realisation that they still only represent a relatively low percentage of female artists. “The fact is that this major institution still only has this minority percentage of women and women’s work still sells for much below that of men’s work.”

Nevertheless, Swoon’s 2014 solo show at the Brooklyn Museum was a huge triumph. Her intricate installation took up the entirety of the upstairs gallery with hand-built boats from her Swimming Cities project transported across the globe and lovingly reconstructed among an intertwining paper forest and huge Avataresque central tree. She has developed numerous projects that lift the curtain on social inequality, such as the Braddock Tiles project, enabling local employment and arts training in North Braddock, and her Konbit Shelter work, helping rebuild communities in Haiti. In these projects, Swoon manifests her burning desire to address problems she sees extending deeper under the surface of society.

“All of these inequalities are still really present in most of our structures,” she says. “It’s the same as trying to say that the United States isn’t a racist culture – right now we’re having this massive moment where everyone’s standing up and saying ‘let’s not try to deny this any longer’. I think it’s not entirely dissimilar to the way that it’s still a patriarchal culture and we as individuals have different sentiments about how it should be, but the larger structure, when you look at it, you see the inequalities are still in place.”

Despite this, Swoon is not without hope. Is it possible that the years of the church and state commissioned ‘male gaze’ in western art history are giving way to a more compassionate female gaze? Have we approached a tipping point in society, where, informed by the input of creative women, we begin to rewrite social narratives for the better?

“When I ask myself is there anything new or significant about me being a woman in this moment, I think that it’s just my perspective; the fact that my voice and the way that I see things are part of this conversation in a way that it has not been in how many hundreds of years.” 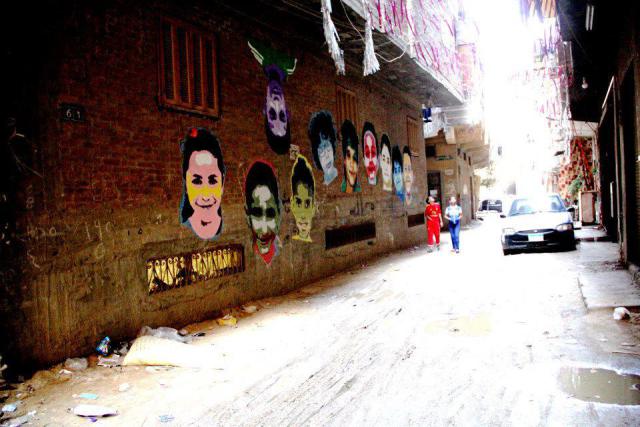 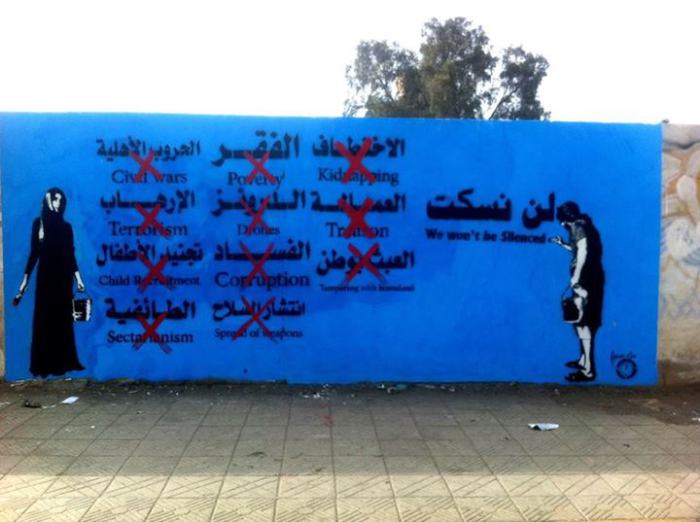 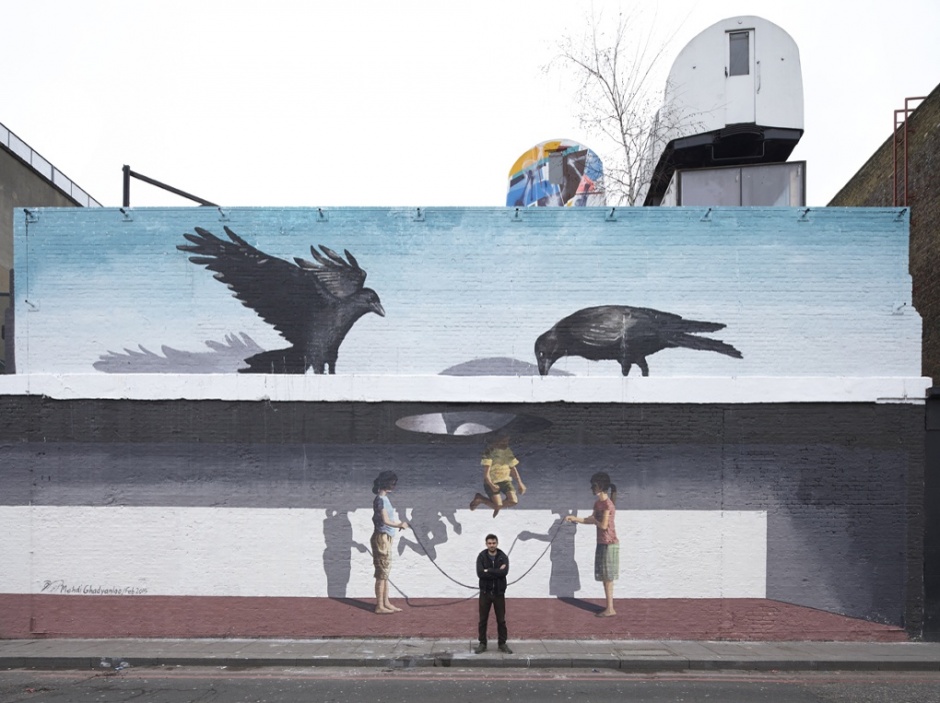 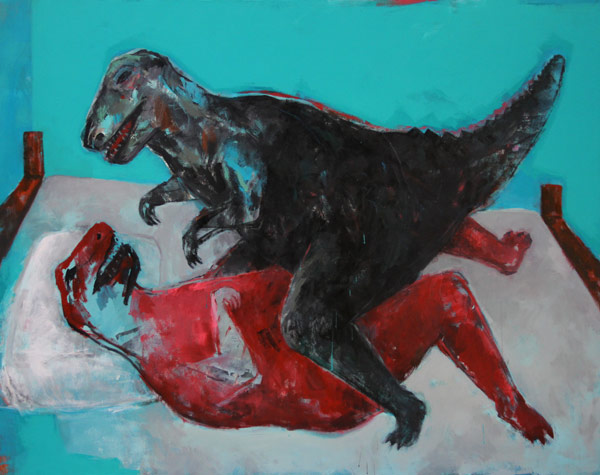