For over 20 years, Khaled Hafez has explored the continuous reproduction of dichotomies within and between the popular culture of his native Egypt, of France where he lived for several years, and of the United States – the ultimate consumer society and locus of political power, which seems to thrive on the marketing potential of divisive binaries.  Through painting and video, Hafez has concentrated primarily on the construction of certain categories and the overlaps between them:  East/West, sacred/commercial, old/new, good/evil, animal/human, male/female, and static/kinetic.  His work shows how these dichotomies rest on the international system of commodities that creates both the ideas of (cultural) similarity and difference, as well as affective attachments to certain histories and identities.  Hafez explores out how each half of a dichotomy has come to be signified through particular visual forms, figures, or objects.  This work suggests that it is the continual replication of these visual signifiers in mass media that creates emotions of love and hate, notions of collective memory, and visions of the future.  Dichotomies are attractive, then, because they have become seductive visual commodities.

Tomb Sonata in Three Military Movements (and Overture) is a project that explores and proposes a series of concepts that I explored for the past 7 years. I am constantly attempting to hybridize visual language accessible to both Eastern and Western audiences, break barriers between past and present, a language that transcends geography and –at another level– time.

Tomb Sonata in Three Military Movements (and Overture) is a constructed alternative space, a tomb that isolates the viewer from the real to a hyperreal state reminiscent of Jean Baudrillard’s work on simulation and simulacra. The constructed space takes reference from the ancient tomb as a tool for documentation and recounting the times and lives of certain societies, as well as its ancient sacred significance of death as a phase for eternal life.

A visual assemblage of silhouette derived from media-propagated imagery of war, violence as well as contemporary advertising iconography counts on the visual memory of the viewer to draw juxtaposition with ancient Egyptian ideograms, pictographs and petroglyphs. The selected silhouettes are extracted form images of military strife and struggle for wealth and power that shattered the Middle East region for decades.

Q: Why the recurring motif of Catwoman, Batman, and (the Ancient Egyptian god) Anubis?

A: If you look at Anubis and Batman from the back and front, when you look at their head from behind, their ears and the manner in which they point up, in addition to their naked torso, the six packs and power position, there are visual similarities. There’s also Catwoman and Bastet (the goddess of Domestication) and so forth. Basically, I believe we’re in a process of visual recycling, and that is what I’m trying to achieve by creating those images. I take images from advertising; from the men I take body builders because Ancient Egyptians always pictured the male and female deities in perfect bodies. So today’s male perfect body is the body builder, and the perfect female body is the anorexic top model; and I transform them into gods and goddesses. 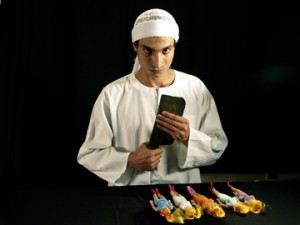 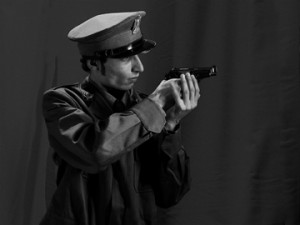 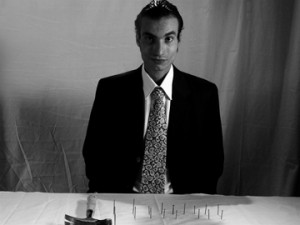 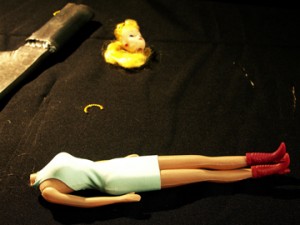 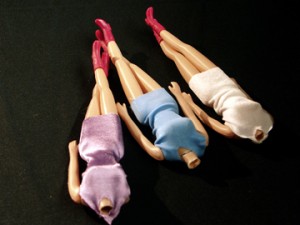 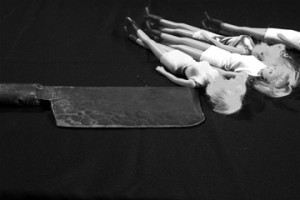 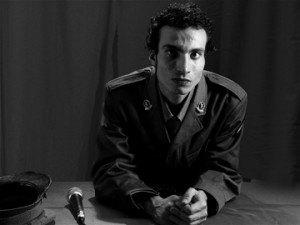 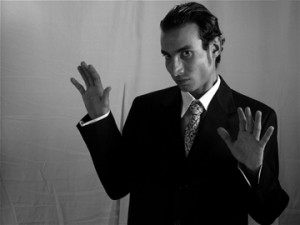 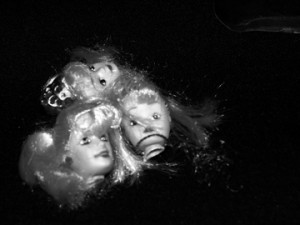 In 1952, a group of military officers came to power in Egypt with a coup d’etat. They came with a bouquet of promises: independence from the British empire, modernization of a country worn out by centuries of occupation, social equity and proper distribution of wealth to reduce the gap between the rich and the poor, unity of all factions, minorities and ideologies in one big modern democratic society.

The bright slogans of this coup d’etat / revolution influenced the lay people in numerous states in the Arab world, all occupied by previous colonial powers, stimulating feelings of separatism and independence, exporting revolutionary ideas (and sometimes technical support) to other states in the Middle East, Africa and Latin America.

Slightly over half a century later and despite the sometimes blind faith and total belief of the mass public, all promises remain unfulfilled, people are still trying to get liberated from the total economic dependence on multinational-transcontinental corporations, a gap between the rich and the poor is massive, the national identity is contaminated by neo-pan-Islamism, and many states who got inspired by this revolution and who thrived on the unity promise are threatened by civil war.
The screen is divided in three parts; each part shows the protagonist/ freedom fighter.

Screen one, Social Equity: represents the military belief, with the left wing promises of social equity and secular pride. The gun in the hands of the protagonist and his obsessive action with it declares true intentions of military politics and promises.

Screen two, Liberty: represents free market belief, the multinational corporations promises of profit, prosperity and economic freedom. The hammer in the hand of the protagonist and his rhythmic action of hitting nails represents the true nature of the promise: rules of neo-slavery in costumes of middle managers and executive outfits.

Screen three, Unity: represents rising fundamentalism and global right wing penetration. The Satour (egyptian blade for cutting chunks of raw meet) in the hands of the Islamist, his outfit and his decapitation of the blond dolls represent the clash of civilizations and culture of intolerance. The moves and looks of the protagonist, touching the legs and breasts of the dolls prior to decapitation declare the sexist nature of right wing beliefs.