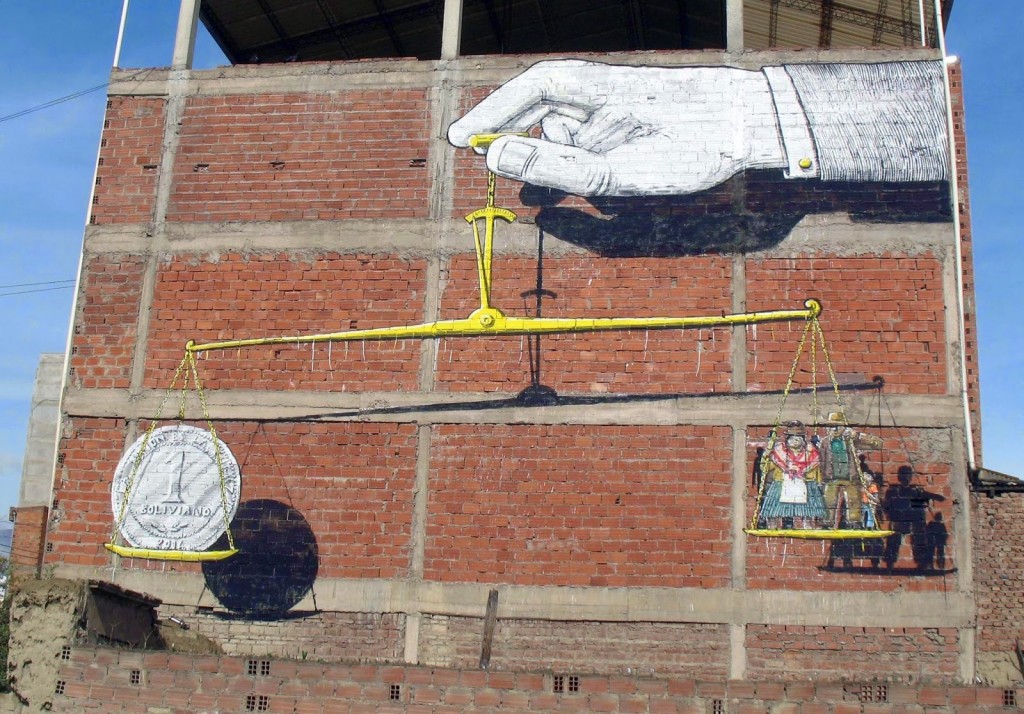 Our friend Blu is currently touring through sunny South America where he just finished working on a brand new piece somewhere on the streets of Sucre in Bolivia.
As usual with the popular Italian artist, he delivers once again a powerful artwork in his signature style. The piece shows a hand holding a balance which is scaling “The People” versus “Money”. 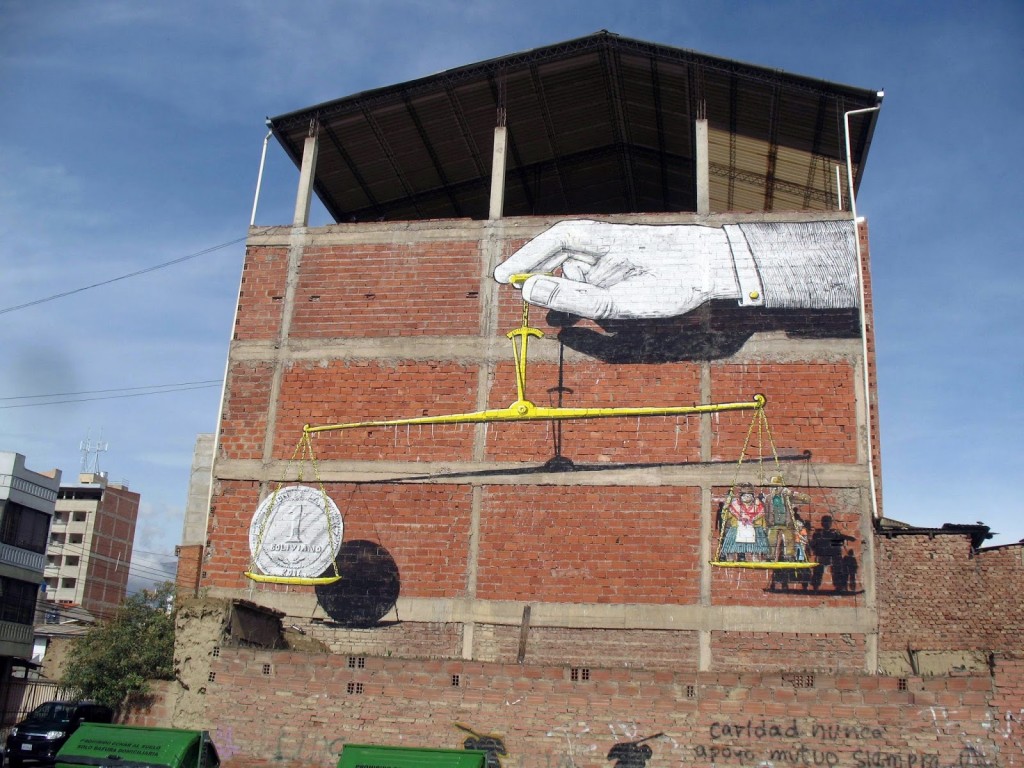 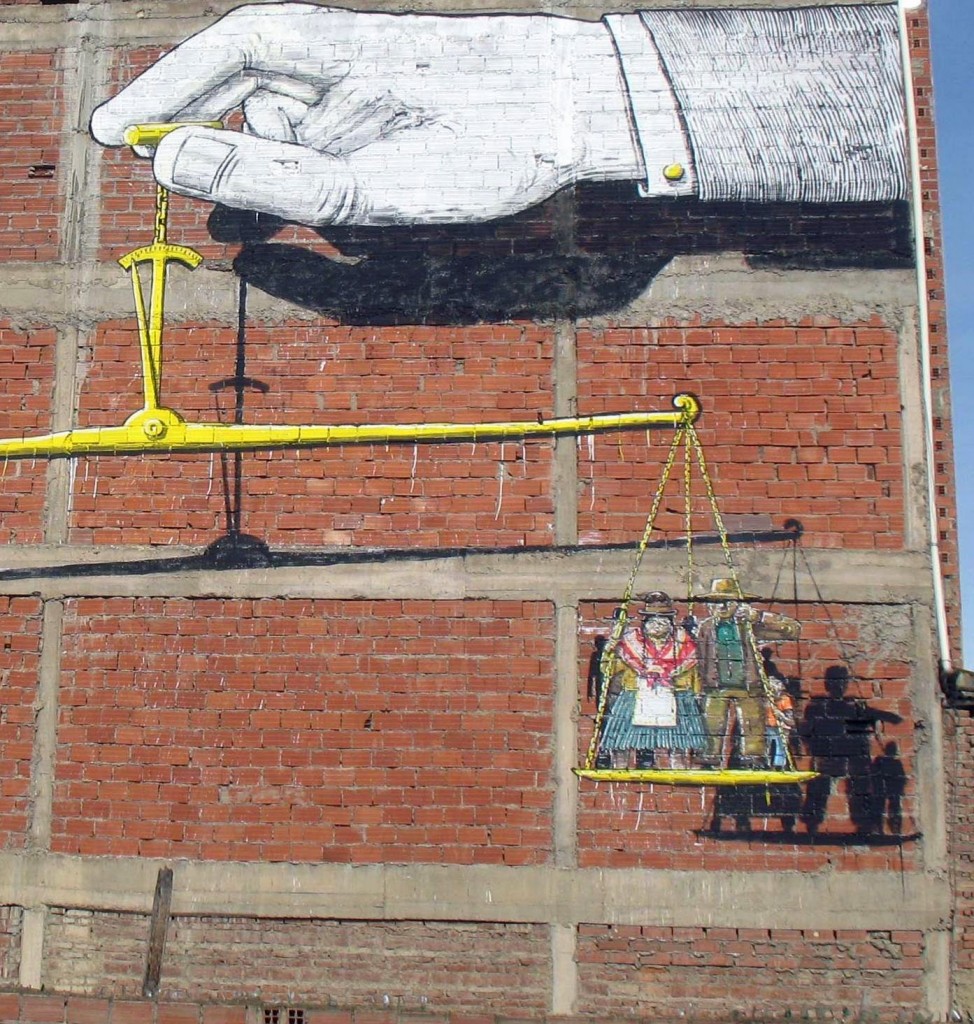 His graphic mania is directly proportional to the epic scale of his murals. His paintings seem to interpret the architectural language of public spaces and reinvent them into new shapes. Thus, his murals are never detached from the places where they were conceived because Blu is a painter in the landscape, urban or industrial. He always tries to communicate with the society which inhabits those spaces, searching for the uniqueness of each place. Besides drawing and painting, the technical universe of Blu is completed by a skillful use of the digital medium.

Blu’s artistic practice has contributed to a radical change in the art market. His murals and his videos are given for free to the public space of the cities and on the World Wide Web. His income comes from the sale of multiples, like silkscreen prints, in those few galleries which represent him, or through the sale of self-made editions. The works of Blu appear abrupt because they are derived from the free creativity of an artist who has decided to occupy a position outside the sheltered field of art. As magically as they appear they can disappear, sometimes covered by other paintings by Blu himself, sometimes ruined by time and weather, but mostly erased by the authorities in the name of tidiness.