After teasing us with a single shot on Instagram yesterday, Banksy finally revealed the location of the first piece which is Gaza in Palestine. Inspired by “The Thinker” by Rodin the first piece is entitled “Bomb Damage” and obviously with Banksy, the placement is just on point.
On top of that, the elusive British street artist took the opportunity to reveal four new pieces which you will be able to find around Gaza.
Two quotes were enclosed with the images of the new stenciled pieces:

Gaza is often described as ‘the world’s largest open air prison’ because no-one is allowed to enter or leave. But that seems a bit unfair to prisons – they don’t have their electricity and drinking water cut off randomly almost everyday. — Banksy
A local man came up and said ‘Please – what does this mean?’ I explained I wanted to highlight the destruction in Gaza by posting photos on my website – but on the internet people only look at pictures of kittens.
— Banksy

Just like in New York City back in 2013, one of the new piece is text based and reads: “If We Wash Our Hands Of The Conflict Between The Powerful And The Powerless We Side With The Powerful – We Don’t Remain Neutral”.
Finally, Banksy drops a strong statement with a 2 minute long video which document his recent trip to Palestine.
Hit the jump to discover more images on these powerful artworks plus the video and as usual keep your eyes peeled on StreetArtNews for the latest Banksy updates. 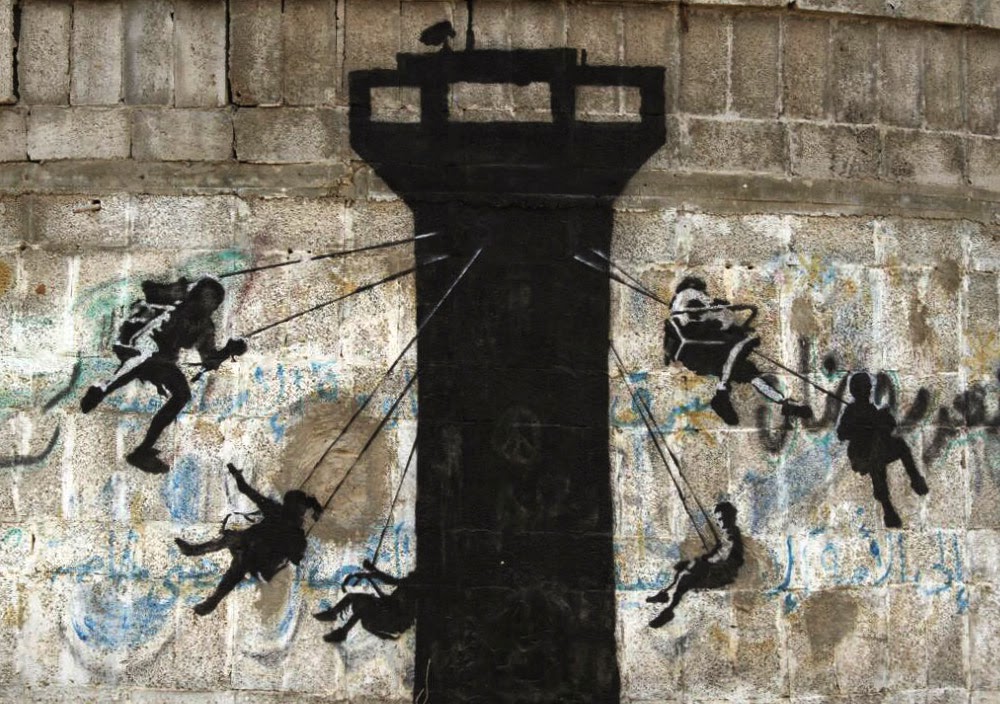 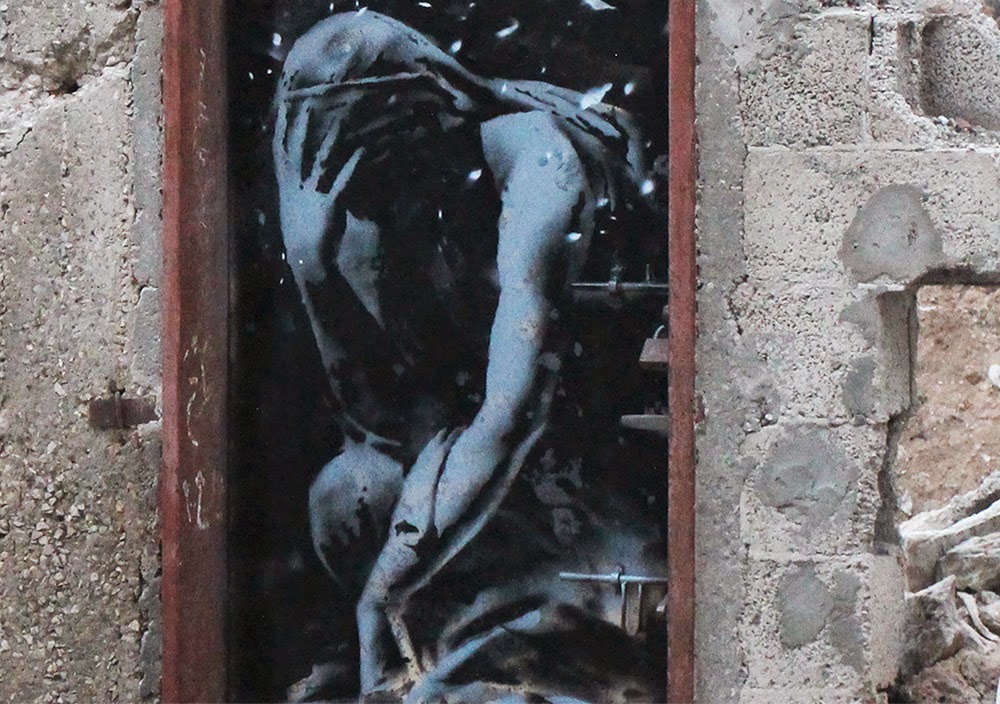 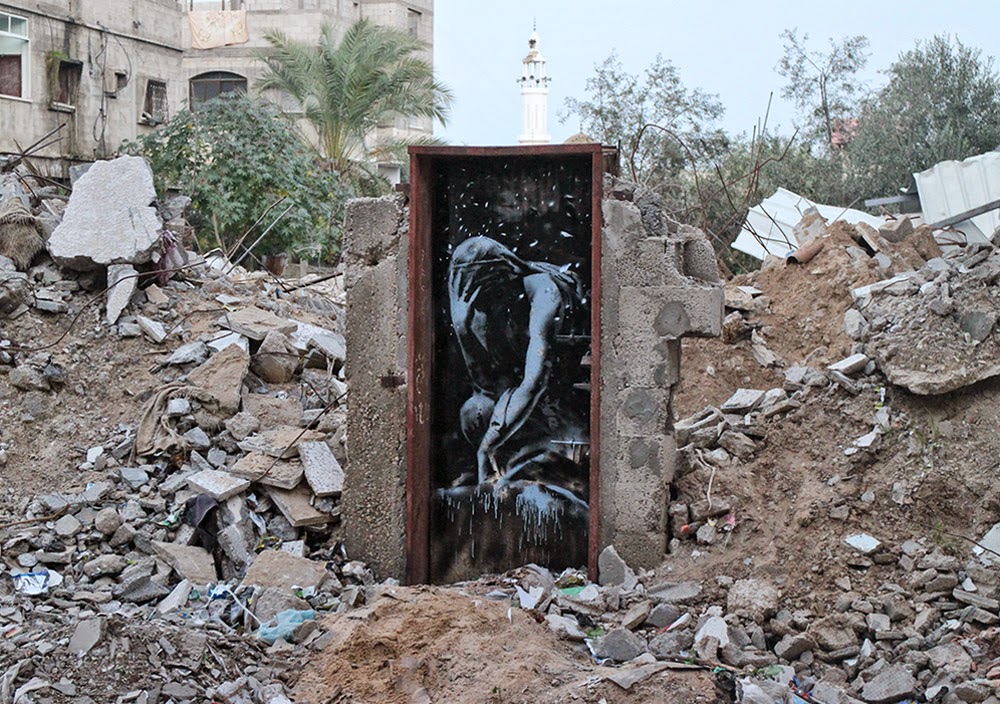 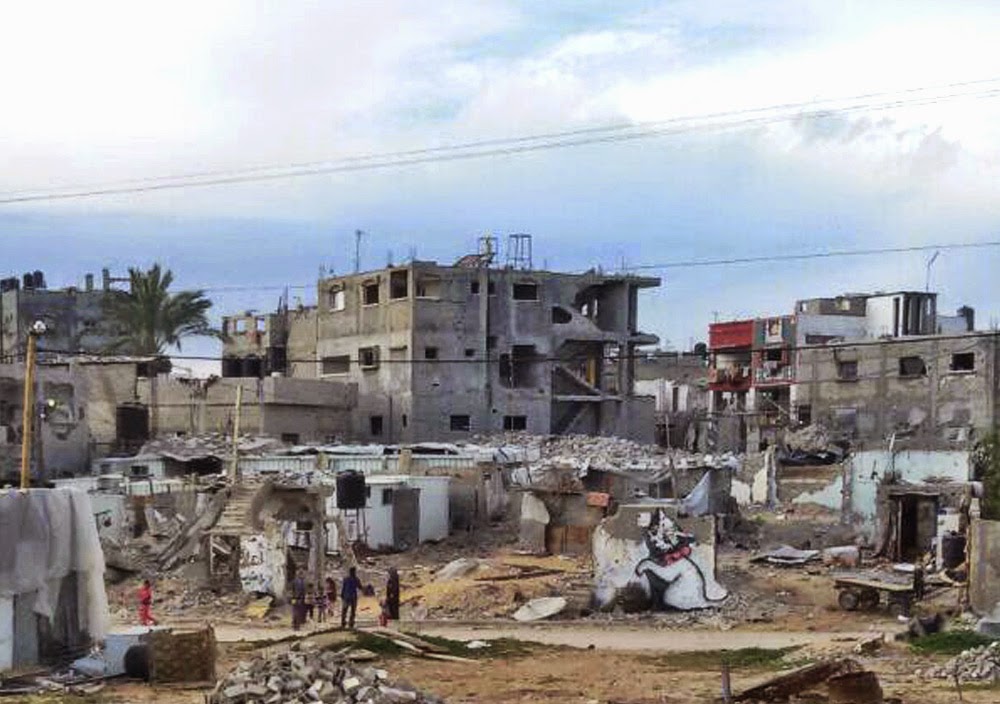 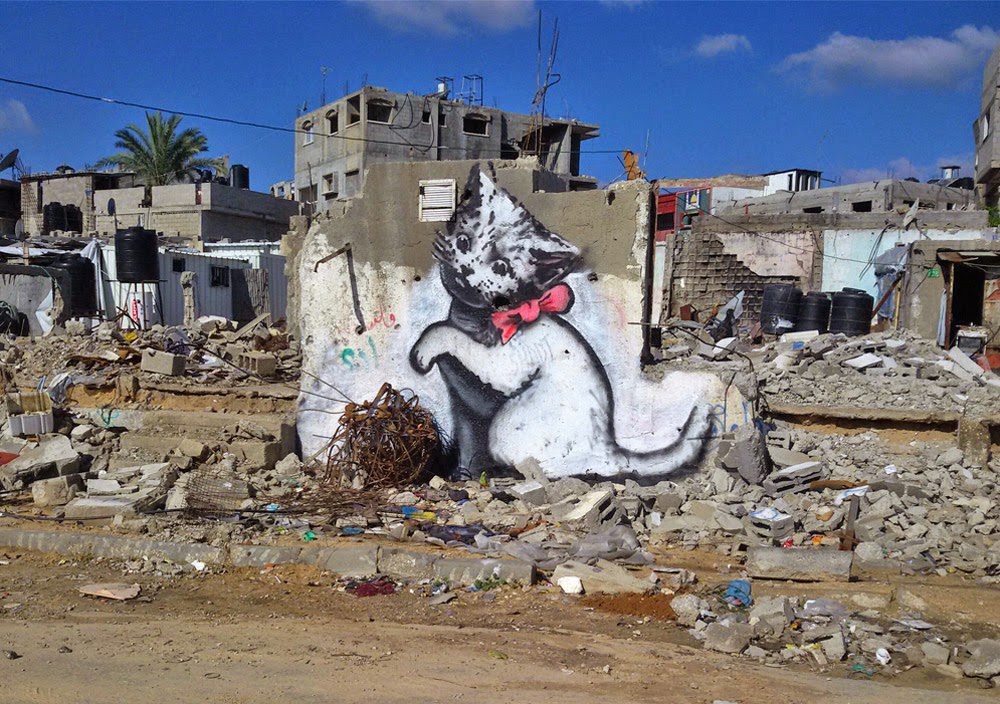 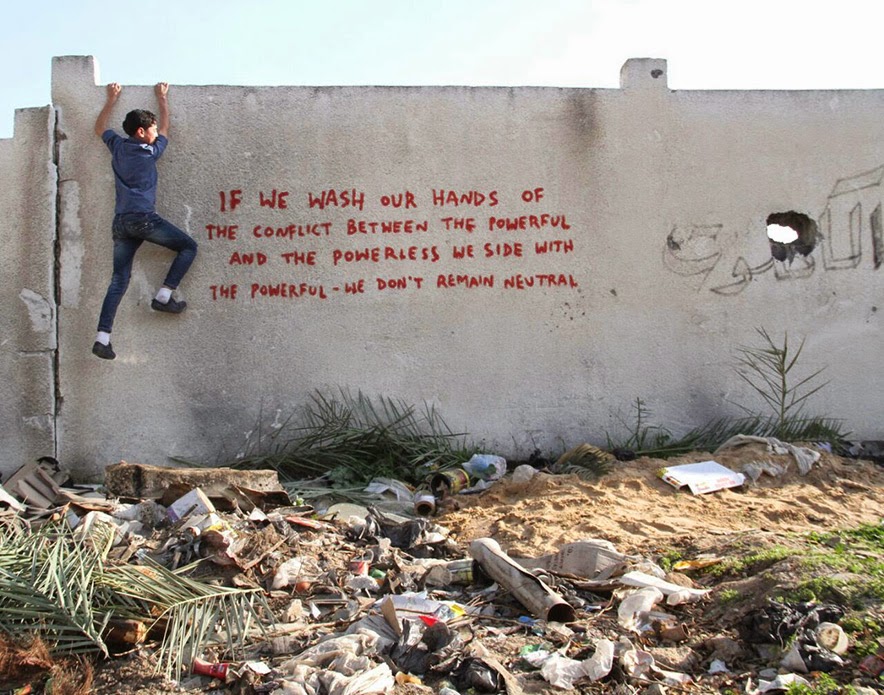