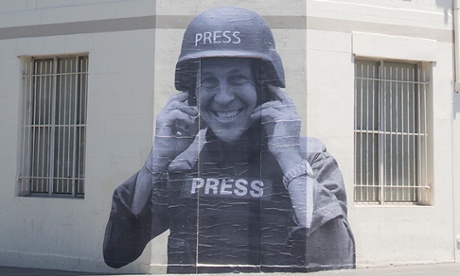 For me, street art is a pop-up on your daily screen – one you can’t clickclose on. It’s not an advertisement. It’s not something you’d expect to find. You stumble across it, the image hits you, and you can’t help but react.

Most art in the streets is also consumed on social media. I knew that even if my mural of Peter Greste in Redfern wouldn’t last forever on the wall, the image would stay and spread and reach people online for some time to come.

It was the family’s decision to use the positive image of Peter smiling, as opposed to the negative image used widely in the press of him locked up like a caged animal. I believed it was a wise decision. The image is relatable, not by what he must be experiencing mentally and physically, locked up in prison, but by what he’s missing out on – practicing his life’s work.

Look at the mural, and at Peters face. Would you laugh if your daily uniform was a flak jacket, body armour and kevlar hat? As you see him smiling out from under his helmet it’s immediately obvious that his work during the Egyptian uprising wasn’t his first rodeo.

I also take calculated risks in my quest to tell a story. Peter tells his with words, I tell mine with images. We both work in conflict zones. That’s why I felt such solidarity with Peter’s plight, and that of his colleagues, Baher Mohamed and Mohammed Fahmy.

Peter worked in the most infamous theatres of conflict in recent decades: Afghanistan, Mexico, Somalia and Sudan. Mine have been Johannesburg, Baltimore, Philadelphia and Los Angeles.

It was clear we had the same motivations for continuing to operate in environments where on a bad day it could end up costing you your life: our responsibility to share the plight of the people we worked with.

I left in my final semsester of an architecture degree to manage an American cricket club’s first Australian tour. The club was a gang intervention program for youth at risk from Compton, Los Angeles, one of the most dangerous 10 square miles in the US.

On the first night I met with the team, the second youngest of four brothers in the team was shot and killed in a drive-by shooting.

I promised the other brothers I’d honour his death by getting them out to Australia. What I thought would take me three months ended up taking over four years to pull off. A mural about the club is in the works.

On another stint in the US I visited Baltimore, a rust-belt city with 16,000 vacant inner city homes. It also has one of the largest heroin epidemics in the US, making it a town most people would rather forget. I was there recently to photograph “The 12 O’Clock Boys”, a motorcycle group, for a future mural.

Police approached me and said I should immediately leave the area. It was “too dangerous” and the cops promptly offered “an escort to your car or lift to anywhere you wanted to go in the city”. A local artist I met did once have a gun put to his head while attempting a mural in Baltimore, but I politely declined their invitation.

I was an outsider and possibly in over my head, but I knew had the right relationships with the right locals to hedge my risk. More importantly, I’d be helping with my murals to project back to the local community some of the group’s positive punchlines: “Pick up a bike, put down a gun” and “Bikes bring bros, not beefs.”

The first time I met one of The 12 O’Clock Boys he mentioned his 25 year old friend had just been shot 11 times. He was tired of hearing about friends getting shot. The club just wanted a day to ride through the streets, legally, to momentarily escape their own problems.

Storytellers bear witness on their audiences’ behalf. That entails a sense of responsibility.

Peter’s sense of responsibility was finely honed. He delivered a wheelchair in South Sudan on behalf of a charity in 2005, where he ended up impulsively producing a documentary about a local girl suffering from Polio.

He stayed with the body of a fallen colleague who was shot outside a Moghadishu Hotel in Somalia – despite pleas for him to evacuate the area – and saw it as his duty to return years later and honour her passing by finishing the story he always intended to produce with her (for which he won a prestigious Peabody prize).

While his adventurous spirit initially led him to explore the world, he quickly realised he was often the only Westerner reporting stories from these isolated places. Now he is in an isolated place of his own.

To actively tune out to the plight of imprisoned journalists is dangerous territory – what if no one reported from conflict zones at all?

Peter’s overseas reporting not only bears a witness but sends a warning back home: don’t take democracy, open elections, free speech and fair trials for granted.

If professionals working in the media or arts in conflict zones didn’t report or produce works, we’d be doomed to lead lives blissfully ignorant of how bad much of the world has it – as well never thinking of ways to contribute our bit to improving the lot of others.

Artists and journalists help give the world’s abstract geopolitical problems a human face, something to relate to and hopefully together as a society act upon. For anyone working in conflict zones in the media and creative arts, like Peter and I, our aim is simple: to take people out of their insulated worlds. That’s why I hope Peter’s smiling face on the wall in Redfern takes anyone who sees it out of their comfort zone, so they can momentarily consider the lot of others. 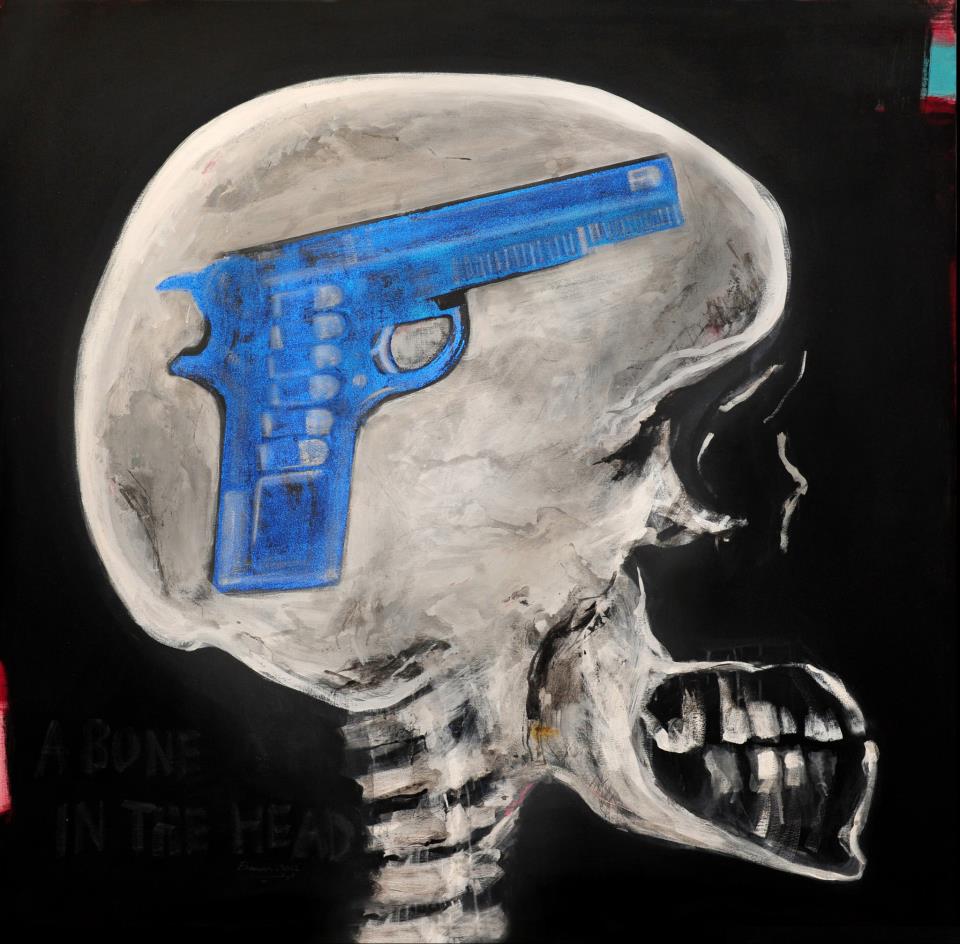 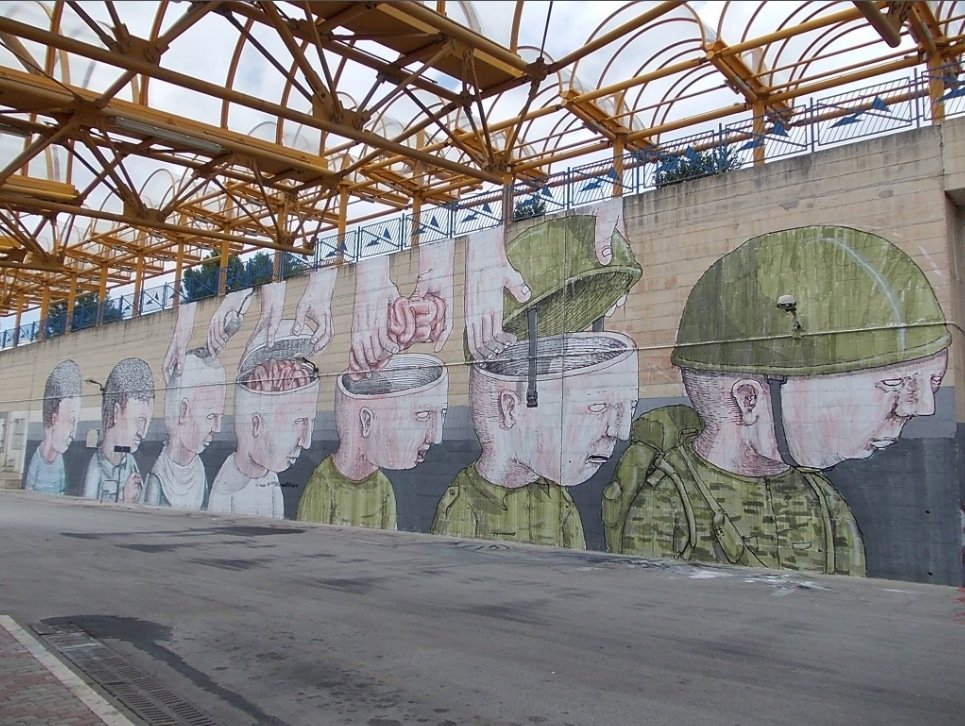