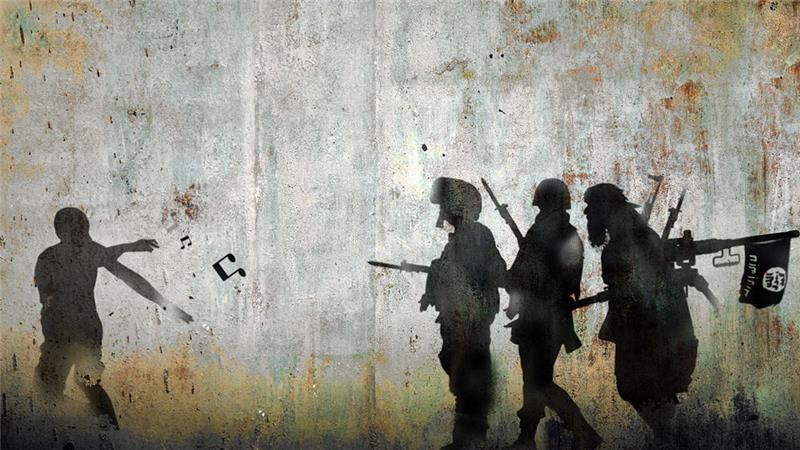 Syrian artists paint to show the world the gruesome reality behind the war that destroyed most of their homeland.

As the war in Syria enters its fifth year, millions of homes have been destroyed and almost half of the population has been displaced. Hundreds of thousands have been killed and injured- the war has resulted in the suffering of almost an entire population.

Many of those who fled the country try their best to remain a part of what they once called home, through photography, art or in any way that helps them feel connected to their cause.

Several Syrian artists have changed the course of their work throughout the Syrian civil war, focusing more on expressing their pain and their country’s devastation through paintings and images. Their message is clear: Syrians are in pain.

Their art has been displayed in several international exhibitions.

Al Jazeera spoke to four Syrian artists who were in Syria when the war broke out in 2011. The artists explained how the war dramatically changed their course of work and the extent to which it has affected them on different levels.

I had just graduated from the Faculty of Fine Arts in Sofia, Bulgaria, when the revolution began. Since the beginning of the Arab spring, I tried to focus my work on the revolutions taking place across the Arab world hoping to be part of the peaceful journey to freedom.

I was ten years old when I began studying art at the Adham Ismail Center for Fine Arts in Damascus. It was always my dream and passion to become an artist.

I felt that my art started to have a meaning after the revolution began, and it is related to be with my people and help them deliver their message to the world through peaceful means.

My work is basically adding a context to the pain Syrians endure every day,and to show the world that pain is what inspires me.

My art is for everybody no matter what their political affiliation is.

My message to the world is that they Syrians are oppressed, Syrians do not want to die. This war happened because Syrians want a brighter future.

I was in Damascus when the first wave of protests broke out in March 2011. I was living a normal life with my family. My work was mainly painting and teaching art. I also taught art to individuals with special needs.I used to participate in exhibitions and volunteer sometimes in workshops. I fled Syria with my family in June 2012.

I have always been passionate about art. It all began during middle school in Homs, when teachers and fellow students admired my drawings and told me how talented I was. Since then, I really wanted to be a famous artist when I grew up.

Now it has become difficult for me to paint, sometimes I force myself to and if I begin with a happy and colorful painting, flowers for example, I cannot finish it.

My colors were dark and now they are darker, more somber. I am extremely sad and hurt because of all the lives lost and still being lost every day, dead men, women and children, buildings destroyed by barrel bombs and missiles.

All these images force me to paint differently, with anger and sadness, occasionally I try to draw glimpses of light and hope.

My work stopped for a while and even if I painted something, it reflected the destruction and despair in Syria.

Homs, where I spent my childhood and teen age years, was the subject I painted the most. Unfortunately, most of Old Homs is in ruins now, I wish I visited it more and painted it more.

I wish my work reaches everybody because my ideas are an attempt to channel my pain along with my peoples’ pain through art.

I hope my art inspires all people to do everything possible in their hands to stop the war and bloodshed that has become Syria.

I left Syria seven months after the revolution began in 2011. Before leaving I was working on a set of paintings I named “The Laundry”. The project was based on clothes and pieces of cloth hanging on ropes, which intends to reflect our memories being hung the same way.

Art was my childhood dream, and it remains a dream. It does not end.

My work was not the only thing that changed because of the war, we all changed and our opinions and perspectives on everything changed.

My work changed because I left my art studio in Damascus, and moved to a new place, where everything I use is new to me. I am used to my old art tools, I had to change

My ideas come from my life experiences. My inspiration? I do not know, I am a believer in hard work.

Through art, I would like to address the ambitious artists who dream of reaching the top. My audience is no one specific, art is beyond a limited audience.

I was in Syria when the revolution began, I had just finished an art gallery about Damascus.

Of course it was my dream to become an artist since I was a child. Even though I was born in Dubai and lived there for a while, it was always a dream to go back to Syria and study at the School of Fine Arts there.

So I went back in 2000, studied and graduated with a bachelors degree in Sculpture from the College of Fine Arts in 2007. Although my degree was in sculpture, I have always loved photography and art. I began working on two subjects, women and Damascus.

In fact the title of my first gallery in Syria was Damascus- with special thanks to Talal Moala who was my teacher throughout those years.

When the revolution began, it progressed in a terrifying speed. It required all of us to keep up with what was going on. The revolution taught me how to feel free as a person and feel freedom of expression through art.

That is when I realised I should be there with the children I am drawing in my work, which is why I decided to go back to Syria.

I’m currently working on a project related to Syria’s children named “Syrian Children in the Crossfire”. I wanted to depict the sadness in their eyes to the world through my art.

My inspiration comes from the look in their eyes, a look that is a mixture of sadness and happiness – a weird combination of contradictory emotions, but that is how I see it.

I would like to show this image to the world, I want the world to be aware of the severe harm such crimes have had on these children. 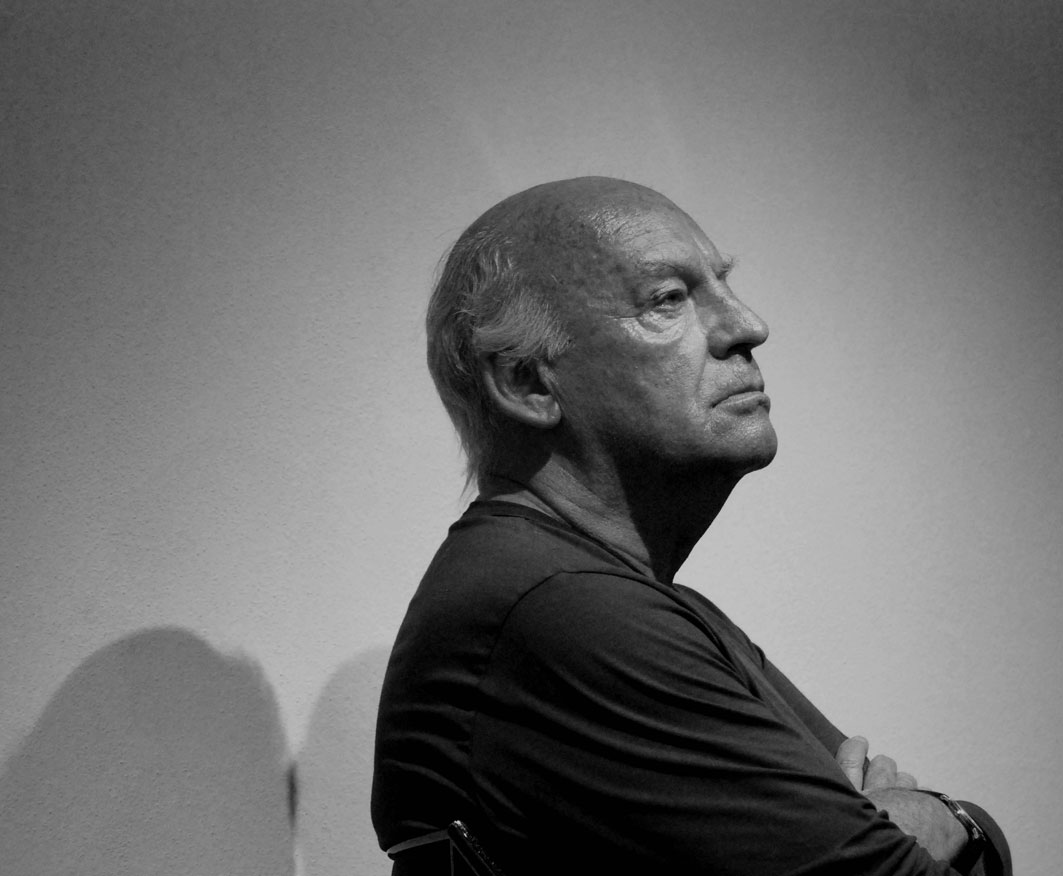